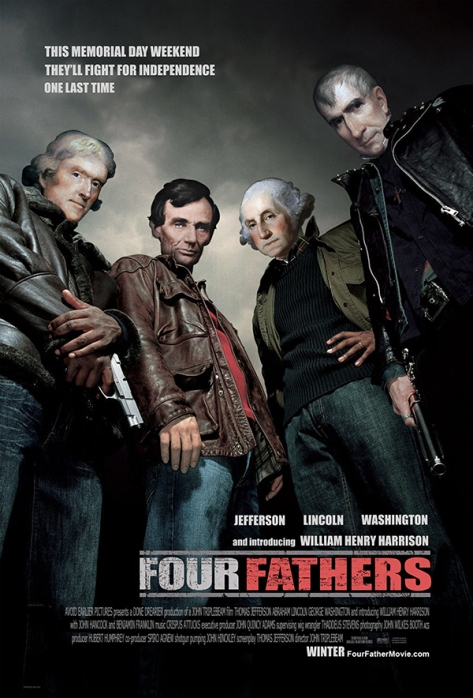 When John Hancock absconds with The Declaration of Independence to an alternate 2013, it’s up to four founding fathers to recover the document and preserve America’s true timeline.

“has more explosions and foul language than any film presenting itself as historically accurate should probably have.” 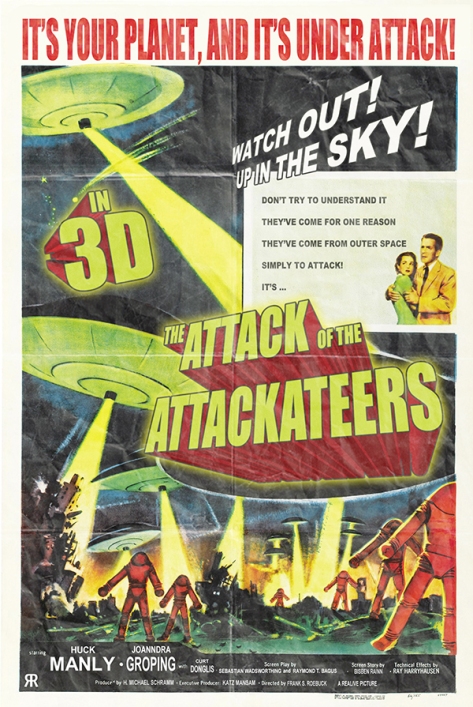 This sci-fi sleeper from the heyday of death-rays garnered the coveted Slathington Award for it’s story, penned by the then unknown (and male) writer Bisben Rainn.

However, the infamous and horrific chemical explosion at the old Unimental Studios building in 1961 took the master negatives and existing prints with it.

All that remains is a few lobby cards, a 1-sheet poster, this radio advert and the fond memories of a summer when everyone and everything was under attack. 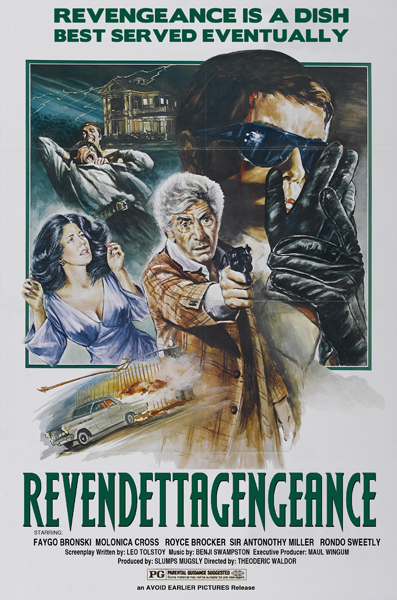 It’s been over 10 years since John Vengo’s wife and children were murdered by a man later murdered by someone else. Following the murder of their murderer’s murderer, John once again felt the pain of vengeance unfulfilled.

Now, waging all-out-war against an entire city, John is raining hell down upon anyone even slightly involved with any of the 3 murders in a desperate effort to get…

One man’s quest for revenge is cut short when his wife’s killer is murdered by someone else. Now disenchanted, he vows revenge against the murderer’s murderer in an effort to satiate his vengeful thirst. 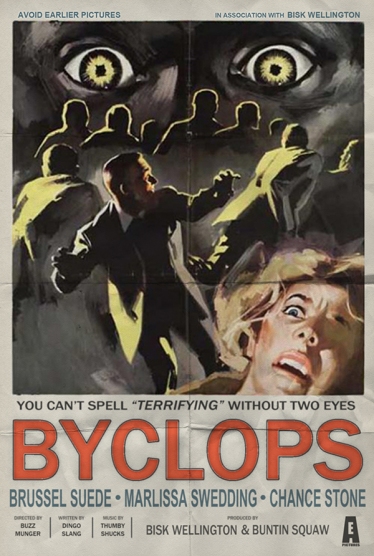 It had two eyes in the middle of its face.

Was it a freak of nature, or some mad experiment gone completely awry?

See the terrible creature too cruel for this world!